A theatre group formed by an entire generation of artistically inclined high school-college outlaws, who eventually pioneered the “failed” Calcutta( Kolkata) youth-theatre movement, reunite for the first time after 7 years on an eventful Durga Pujo night at their old rehearsal space, an old bungalow which is in the danger of being converted into a Kolkata’s first five star heritage guest house by the Ganges, where revisiting the past again leads to the promises of a collective future in this coming-of-age love letter to Calcutta. 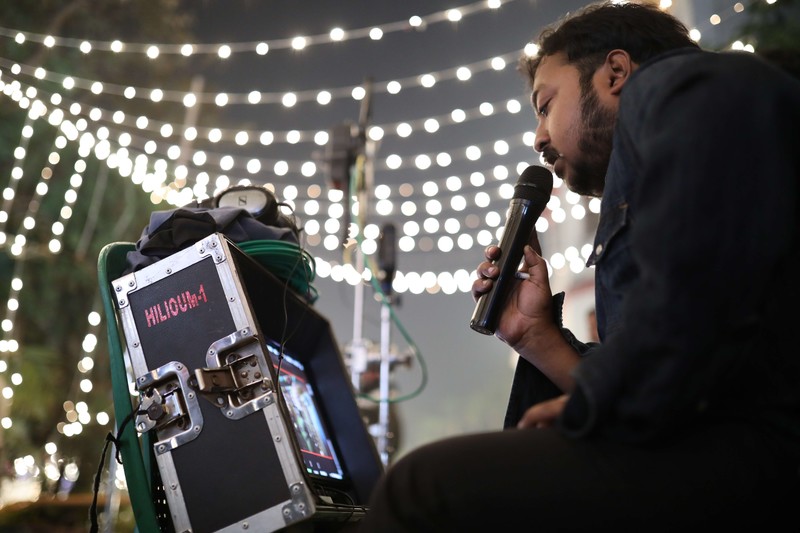 Soumyajit Majumdar is an actor-writer-director-producer and Founder-Director of LOK Arts Collective ( launched on Jan 3, 2010) – instrumental in pioneering the youth-in-arts movement in Kolkata. An alumni of St.Xavier’s College,Kolkata ( Mass Communication and Videography) , #Homecoming is his first feature film as a writer-director-producer. Besides being an independent multi-disciplinary artist and artpreneur, he has worked in more than 25 credible feature films primarily as an actor or as line producer and casting director ( LOK Indie studio) before taking a break to make #Homecoming.

The only Indian artist inducted in the coveted Global Changemakers Network, Soumyajit has curated around 50 independent art events and festivals. He has written , designed , directed, produced and acted in more than 20 plays with over 300 theatrical performances to his credit primarily with LOK including national and international festivals like Thespo ( Mumbai), Sahabhaga International festival(Bangalore) , Mulakaat ( Indo-Pak cultural relations Festival,Delhi) and Atelier Theatre festival (Delhi) across 12 Indian cities in auspicious venues like Prithvi theatre and NCPA( Mumbai) ,Akshara theatre and LTG auditorium (Delhi), G.D.Birla Sabhagar ( Kolkata) , EZCC(Kolkata) as well as in alternative spaces like campuses,bookstores,art galleries,shopping malls, cafes, lawns, parks, streets and amphitheatres thus creating a personal idiom of using spaces for live –act exploration .

As a believer in youth empowerment through the arts,he has been present as a speaker in various forums and has conducted self- devised theatre and art therapy workshops in leading schools and colleges of India like Sri Ram College of Commerce (Delhi) ,VIT (Vellore),Mount Carmel College (Bangalore) , Srishty College of Arts and Design (Bangalore) , Sophia college for women(Mumbai), Loreto Day school, Mahadevi Birla World Academy (Kolkata),) etc . Soumyajit represented India at the Asian Youth Summit for Global Changemakers 2011,has directed developmental theatre projects for the Delhi Government and United Nations with underprivileged kids .He was awarded YOUNG ACHIEVER 2013 by Whistling Woods International,Mumbai and received the Solo Room Awards at the Monologues festival 2016,Kolkata for his contribution in the arts.