About Colours of Love (Rangi Saari)

The Rangi Saari music track is electronica infused traditional ‘Thumri’, a vocal genre of Indian music with its roots in Indian folk, symbolizing love and playful mischiefs with the beloved. The animated Music Video, created by Indrajit Nattoji, is an impressionist series of handpainted, effervescent paintings showcasing the many vibrant colours of first love and a visual celebration of the coming of age of a young girl. There is an illustrated subtext of Lord Krishna, an Indian deity, and his Leela (play) of love, symbolized by fuchsia and warm hues, with the male image painted in shades of blue. 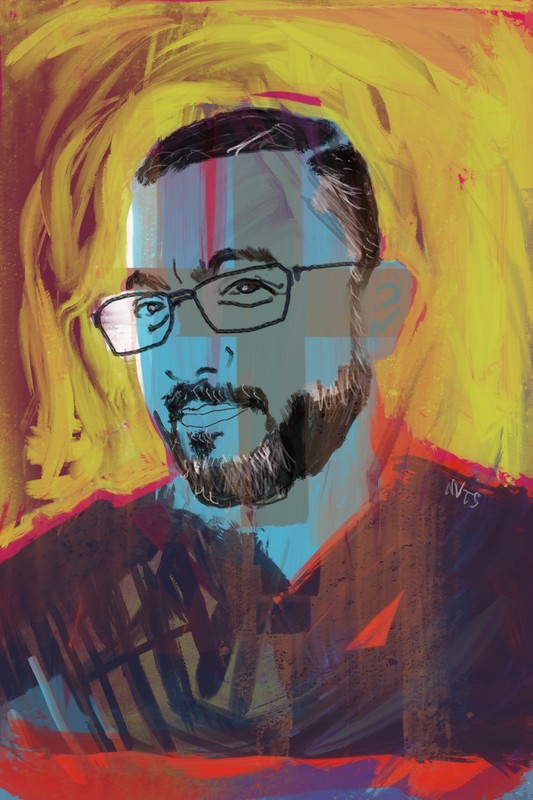 Indrajit Nattoji is a Master of Design graduate from the National Institute of Design, Ahmedabad, India, specializing in Film and Graphic Design. He is an award-winning director, writer, and producer and has run his own production house, Blink Pictures, for the last 22 years.

Indrajit has directed and produced over 400 TVCs, designed several TV-Broadcast Brands, and written and directed a Bollywood feature film, Aagey Se Right, produced by UTV. He has also conceptualized and created two large-scale film installations for the Indian Music Experience Museum of Indian Music in Bangalore. As an artist, Indrajit has created a hand-painted music video for Kavita Seth’s Rangi Saari and exhibited his paintings in art galleries in Kolkata and Mumbai, India.

Indrajit’s latest release is AAFAT-e-ISHQ, a Hindi feature film produced by Zee Studios for the OTT platform, Zee5. He has commenced a film installation project for a museum on the journey and birth of India as a republic. Indrajit has also created Visual design and VFX for a feature film for release on a leading OTT platform, and he is in pre-production for his next feature film.