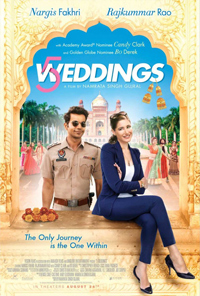 An American journalist travels to India to cover Bollywood weddings, only to uncover a mosaic of cultural clashes, transgender tangles and lost loves with her travels culminating at a destination where the only journey is the one within. 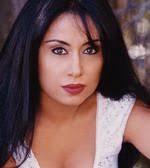 Having just survived the most aggressive cancer known to man, Namrata Singh Gujral is an Indian-American producer, actress, writer and speaker of Sikh faith, who is also a breast cancer survivor and a cancer advocate. For her work as a filmmaker for Warner Bros “1 a Minute”, starring Olivia Newton-John, Billy Baldwin, Lisa Ray and many more, Lifetime TV has honored Gujral as one of their “Remarkable Women” making her the first Indian-American to join the ranks of other esteemed notables on the list such as Michelle Obama and Hillary Clinton. Gujral’s upcoming projects include the comedy 5 Weddings, the romance drama, Himalayan Rhapsody, the Sci-fI action Still and the war drama Tie That Binds. Gujral also serves as President of UniGlobe Entertainment, making her the first among her generation of South Asian-Americans in Hollywood, to successfully affiliate her company with a major Hollywood Studio (Warner Bros). In the acting field, Gujral is the first actress to work in high profile Hollywood and Bollywood projects in her first year in the industry. The role she garnered rave reviews for, is her portrayal of “Shelley” in Warner Bros “Americanizng Shelley”, wIth Beau Bridges and Wil Wheaton.