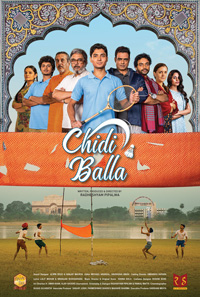 In the 1990s, Principal of Shekhawati High School in Fatehpur, Rajasthan is faced with the daunting task of saving the school from shutting down.
The only way he can save the school is by improving its academic results, which is impossible in a village that gambles and fritters away their time. The other option available for him is to somehow inspire the school to win the State Level Badminton Tournament. 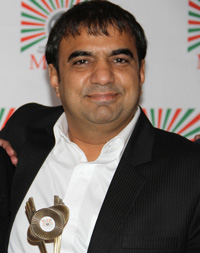 Radheshyam Pipalwa or popularly known as RS is an Indian Film Producer & Director who specializes in Production Management, Executive Producing and Content Development. He has also contributed to the essential documentary film collection of India by producing a public diplomacy film titled – ‘Watering the Grassroots’ on micro financing for rural women. He has also initiated a multi-part documentary series on the lost folk music heritage from various regions of India. He has effectively produced over 300 high-impact TV Commercials in his career spanning more than 20 years. A Konkani film he produced, titled ‘Na-chomia Kumpasar,’a Musical Tribute to great unsung musicians of the country who arranged and performed in live orchestras for thousands of great songs, was very well received in Maharashtra, Goa and Internationally. Winning 3 National Awards and 22 International awards, the film was part of the “OSCARS” as one of the 300 films shortlisted for their Original Score.