About Ask the Sexpert 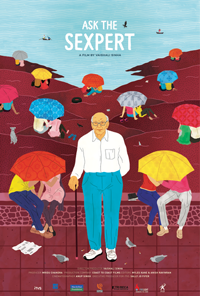 Ask the Sexpert is the story of a highly popular 93-year-old sex advice columnist for a daily newspaper in India. Despite sex being a taboo topic in that country, the column’s brand of non-moralistic advice and humor has emboldened many to write in with their questions, the vast majority of whom seek basic information. The columnist gains popularity even while a ban on comprehensive sex education in schools is adopted by approximately a third of India’s states. 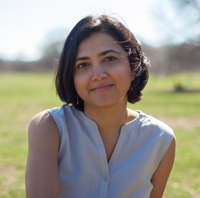 Vaishali Sinha is the Co-Director/Producer of the feature documentary “Made in India” about the personal stories behind the phenomenon of outsourcing surrogate mothers to India. The film premiered at Hot Docs Film Festival, has been the winner of several awards and aired on PBS in 2012. “Made in India” is currently a case study at Harvard Business School for their class on ethics. Some of her other films include short documentaries like “Red Roses” about South Asian women who arrive in the US via family obligations and the 2005 short “Choose Life?” about personal choice and abortion which won her the best narrative at the New School Annual Film Festival, NY.