About Elephants in the Coffee

A conflict for survival between Asian elephants, farmers and workers in the coffee estates of southern India has changed attitudes about the living embodiment of Ganesh, the elephant God. With more than 100 people being killed by elephants each year, the elephant is now a “menace” and India farmers are fighting back, killing elephants not for ivory but to protect their livelihood and their lives. This film follows farmers into the coffee estates to see the danger, travels with government teams to capture rogues, and observes the process of caging and forcing dangerous elephants into submission. While many “solutions” have been advanced, most have limited success. Yet a few farmers have a plan for elephant safe coffee, and co-existence of the world’s most popular beverage and the world’s largest land animal. 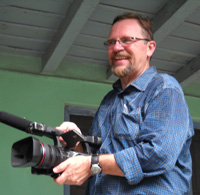 Dr. Thomas Grant, Ph.D., is a Professor of Journalism at Abraham Baldwin Agricultural College in Tifton, Georgia. Grant has won more than 10 national awards for his reporting, including two duPont-Columbia Awards, often referred to as the Pulitzers of broadcasting. He worked 30 years as a journalist in television and newspapers before earning his Ph.D. at the University of Idaho. Grant holds a bachelor’s degree from Washington State University and a master’s degree from the Columbia University Graduate School of Journalism in New York City. 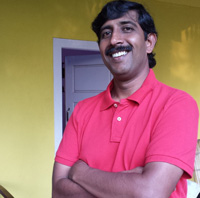