About Sent Away Boys

What happens to families in the absence of sons? What happens to land in the absence of farmers? What happens to communities in the absence of men? Sent Away Boys weaves together testaments of individual ambitions and family biographies from Punjab, India to chronicle the gradual transformation of agrarian landscape and patriarchal traditions through ongoing transnational migration. As the promise of a secure future in agriculture grows increasingly uncertain for young men across the region, escaping India to join the low-wage labor in countries like Canada and USA becomes their sole aspiration. In rural Punjab, being a successful man now entails leaving their village, traveling abroad, and sending money home. Through interviews with men preparing to undertake often risky journeys and women awaiting the return of their sons, brothers and husbands, Sent Away Boys shows how the decision to emigrate implicate the entire family and the larger community. 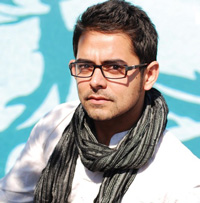 Harjant Gill is an assistant professor of anthropology at Towson University, Maryland. He received his PhD from American University. His research examines the intersections of masculinity, modernity, transnational migration and popular culture in India. Gill is also an award-winning filmmaker and has made several ethnographic films that have screened at film festivals, academic conferences and on television networks worldwide including BBC, Doordarshan (Indian National TV) and PBS. His film includes Roots of Love which looks at the changing significance of hair and turban among Sikh men in India and Mardistan (Macholand) which explores Indian manhood focusing on issues of sexual violence, son preference and homophobia. He is currently filming his forthcoming film, Sent Away Boys focusing on how provincial communities are transformed by the exodus of young men giving up farming to seek a better future abroad, funded by Wenner-Gren Foundation and Woodrow Wilson Career Enhancement Fellowship. Gill is an alum of Point Foundation (2006-11). He has also served on the board of directors of Society for Visual Anthropology (SVA) and co-directed the SVA Film & Media Festival (2012-14). His website is www.TilotamaProductions.com