A film, Palyadawasi, is based on the real fact of the hapless ‘Paradhi’ tribe in India that has been suffering from injustice by police and other elements of the society. Unfortunately, they still have to live on outskirts of town as they are hated and perspectives of people towards them as thief hasn’t changed yet. The story is about the battle of Protagonist, who gets education, becomes a policeman, and makes every efforts to bring his tribe to mainstream. 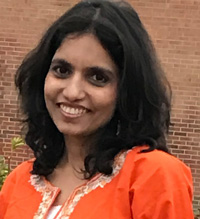 Pragati Kolage is software engineer by profession but passionate about film making. She is currently living in USA from last 13 years. She is passionate writer, published five books with leading publication house in Maharashtra in Marathi language. Her area of writing is social issues and current happening things around world. She is confident of making many more films in future.