About Anatomy of Violence

Anatomy Of Violence mixes fiction and fact in an improvised exploration of the events leading up to, and following, the notorious gang rape of a young woman by six men in a moving bus in New Delhi, December 16th 2012. 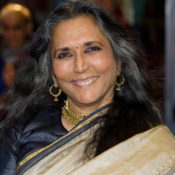 Deepa Mehta is an Oscar-nominated filmmaker whose work is celebrated on an international scale. Her emotionally resonating, award-winning films have played every major film festival, and been sold and distributed around the globe. She is best known for her elemental trilogy: Earth, Fire, Water, the final film of which received an Oscar nomination for best foreign language film. Other films include, Bollywood/ Hollywood, Heaven on Earth, and the epic adaptation of Midnight’s Children – Salman Rushdie’s two-time booker prize winning novel. Her work challenges traditions and stereotypes and is always daring, fearless and provocative. It is this spirit that saturated her last film, Beeba Boys, and now her latest work, Anatomy of Violence.