Mantra tells the story of a businessman Kapil Kapoor and his family in the backdrop of changing India in the first decade of the new millennium. In 1991, the Government of India opened up the economy and unleashed the forces of globalization, forever changing the landscape of the country. A dozen years later, India was celebrating its emergence as a global economic super power. Set in 2004, in the midst of a nationwide ‘India Shining’ campaign, the film Mantra tells the intimate story of a family and its travails, and through it, the story of the New India. 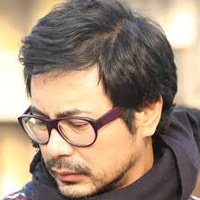 Nicholas Kharkongor has worked extensively in theatre and film nearly 20 years. His plays have been performed in Delhi, Bombay, London and New york, among other cities. In film, he assisted one of India’s foremost indie filmmakers, Rajat Kapoor. Mantra is his debut film.