About SOZ – A BALLAD OF MALADIES

Of folk, rock and hip-hop, the Film is a portrait of different cultural practitioners whose work engages with the political upheavals and its social costs in contemporary Kashmir. The Film is a glance into the collective memory of a people and the expressions of its history to understand the emerging voices of resistance and their resonance in the world’s most heavily militarised zone. In a journey through the metamorphoses of Kashmir’s traditional art practices into its contemporary arts of resistance, the Film unfolds a transformed cultural fabric of the valley, which departs from the notion of Kashmir as a ‘paradise’. 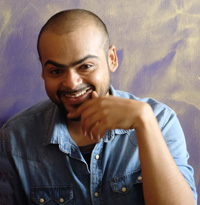 Tushar Madhav is interested in the geopolitics of contemporary and folk art and has independently shot and edited documentaries around the theme. He also conducts workshops on finding audio-visual alternatives for storytelling, documentation and media advocacy programmes with students, university professors and organisations that work with juvenile criminals and underprivileged girls. 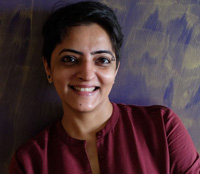 Sarvnik Kaur is a Mumbai based screenplay writer. She’s been working in the Hindi Film industry for the past 5 years. Her first novel ‘Where Arrows Meet’ was published in 2012. She is an alma mater of Mass Communication Research Centre, Jamia Millia Islmia University.