About Clash of Morality

Mohamed & Richard stuck in an elevator clash upon their morals. Mohamed confronts Richard upon being judged for his look & his religion. 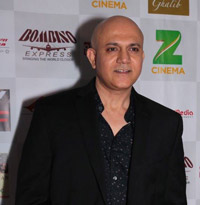 Vinay Pujara is an India born filmmaker. Having started in Bollywood as an actor and then as an Assistant Director. After taking classes at NYU’s filmmaking school as well as others in 2012, he has since completed 9 short films. His company “Sun Om Productions Inc.” is outputting content with strong themes. Vinay has valued his films in the sense of being fearless pieces that tell a story from a view that is not often seen. His past short films have been screened at film festivals around the globe as well as have won some awards.