Set in 1979, A Death in the Gunj is a coming of age story, about a shy student Shyamal Chatterjee. He uses a family road trip to McCluskiegunj, an old Anglo-Indian town, as an escape from his failed semester. At the outset, the makings of a perfect family holiday are in place but something is amiss. In the week that follows, Shutu’s quiet unraveling is overlooked by the family revelers, until the holiday ends with an implosion. 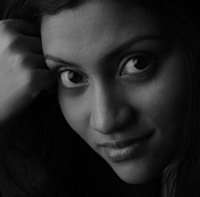 Konkona Sen Sharma is an award-winning actor from India. A DEATH IN THE GUNJ is her first feature film as writer and director. She is the daughter of award-winning filmmaker Aparna Sen, and granddaughter of Chidananda Dasgupta, a film historian, critic and one of the co-founders of the Calcutta Film Society along with Satyajit Ray. Beginning her acting career at the age of four, Konkona has acted in more than 40 films in Hindi, Bengali and English. She has received two National Awards and several industry awards. 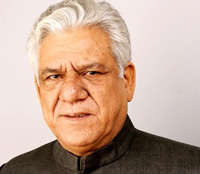 Late Om Puri (18 October 1950 – 6 January 2017) was an Indian actor who appeared in mainstream commercial Indian films, as well as independent and art films. He is best-known for his author-backed roles in films like Aakrosh (1980), Arohan (1982) and television films like Sadgati (1981) and Tamas (1987) and also light-hearted roles in Jaane Bhi Do Yaaro (1983) and Chachi 420 (1997). He had various collaborations with director Shyam Benegal and Govind Nihalani. Puri also appeared in non-Indian productions in the United States, Britain and Pakistan. Puri was awarded Padma Shri, the fourth highest civilian award of India, in 1990; and in 2004, was made an honorary Officer of the Order of the British Empire.