Babu, a fifteen-year-old boy from a small village in Konkan(Maharashtra), has not met his mother for many years due to her work in Paris. The boy and his uncle, who is entrusted with the responsibility of taking him to his mother, start their journey to Paris, which turns out to be an unforgettable sojourn for them. Babu’s quest for his mother with the help of his uncle reveals many dimensions of human nature, feelings, and emotions. 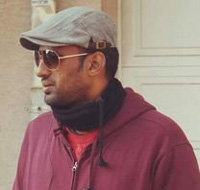 Omkar Shetty is born and brought up in the Mumbai. He joined film industry as an Editor in 2007. Since then he has worked for most of the big production companies in the industry. He is in the industry for more than 11 years now and have Directed and Edited Tvc’s, Av’s and documentaries for leading production houses. “Aaron” is his first feature film As a Writer and Director.