About The Craftsman (Nakkash)

A talented Muslim Craftsman & a widower, Alla Rakha lives a simple life in Varanasi. For a family, he has his only son Mohammad & his best friend, Samad. Samad is a poor auto-rickshaw driver with the yearning to send his old father for holy Hajj.  Alla Rakha stands amidst of religious turmoil because of his professional specialty of engraving Gods in Hindu Temples. He suffers the boycott from his community; his son doesn’t get admission in Madarsa & once police catches & beats him while entering the temple. Alla Rakha gets out of police custody on the personal assurance of the temple Trustee and a big admirer of his work, Bhagwandas Vedanti. 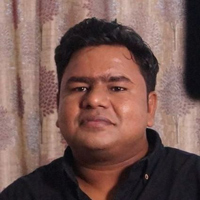 Zaigham Imam is an Indian filmmaker and author. He has written two books – Dozakh and Main Muhabbat. He has also been associated with the TV industry, writing many shows like Looteri Dulhan. His first film Dozakh in Search of Heaven premiered at the Kolkata International Film Festival. Zaigham has also spent close to a decade as a media professional and worked for popular Hindi newspapers such Amar Ujala and news channels like Aaj Tak. After his stint with media, he started writing fiction and also directing for the leading Hindi general entertainment channels. He has worked on TV shows such as India Investigates for Fox Life India, Agnipareeksha Jeevan Ki – Gangaa. He started his filmmaking career with Dozakh in Search of Heaven. His second film is Alif, which released theatrically on February 3, 2017. The trailer of the same was launched by former Uttar Pradesh Chief Minister Akhilesh Yadav. The film was narrated by Jaya Bachchan. It has premiered at Australia’s Indian International Film Festival.