A struggling comedian has a hard time seeing the funny side of things when her career stagnates while her best friend gets a promotion. 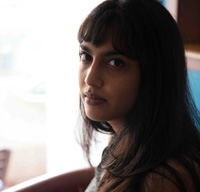 Ayesha Anna Ninan is a filmmaker in Mumbai, India. She began her career as an editor on theatrical film trailers. She has gone on to write and direct her own short films in India, Singapore and Vietnam. In addition, she has served as producer and editor on short films, music videos, and commercials across Southeast Asia. In her spare time, she has taught short courses on editing, and reviewed films for a newspaper. She holds a BA in Media Studies and Sociology from the University of Virginia and an MFA in Film Production from New York University’s Tisch School of the Arts Asia.