It was winter in Kolkata. Five people left office in a midnight cab. One thing led to another and they started telling stories, to each other. Stories about supernatural events they have heard of, stories of spookiness that kept them enthralled. Stories which went beyond their mundane corporate chitchats and made the cab ride the journey of a lifetime and beyond. 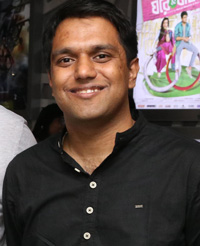 Koustav Bhattacharya is a management graduate by profession and film maker by choice. Koustav is an alumnus of Jadavpur University and Great Lakes Institute of Management. He has been working in a software MNC for last 10 years and is currently based out of Chicago. He is a native of Kolkata. He has a keen interest on literature and Indian history. He is a completely self taught film maker and has been making short films for a decade. His last short film KINTSUKUROI was selected in a number of festivals in India and abroad. It has by now attracted around 650K views in Youtube. This is his first feature film where he has played the dual role of Writer/Director. He describes this film as a tribute to the rich culture of Bengali Ghost Stories of which he carries a childhood full of memories. 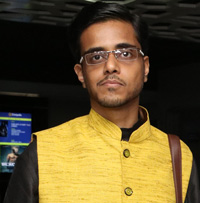 Arunava Gangopadhyay is the co-writer and co-director of HOYTO MANUSH NOY. This is his first feature film as a director. Koustav and Arunava’s camaraderie goes back to their high school days. Arunava is a commerce graduate form University of Calcutta. He has however acquired a diploma in Film Editing from Chitrabani Film School in Kolkata. He has been associated with multiple literary and film magazines in Kolkata as a creative writer and film reviewer. Arunava assisted Koustav in the short film KINTSUKUROI and they decided to share the burden for HOYTO MANUSH NOY as co-writers/co-directors.