About A Ray of Light 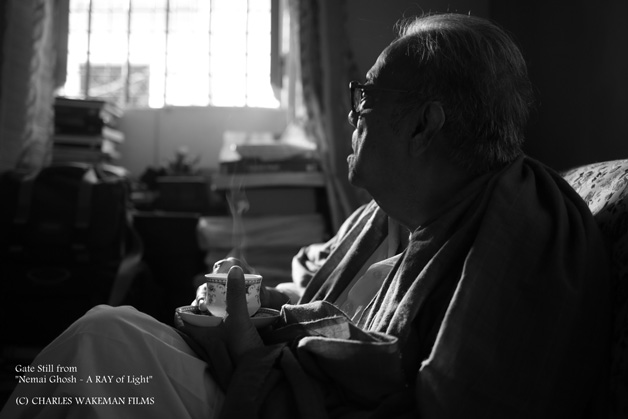 The film deals with the world of Master film maker the late Satyajit Ray as seen by his photo-biographer Nemai Ghosh—through his lenses and unique perspective. The subject is the beginning and progress of Ghosh’s journey in photography in the era of classic, analogue medium with all its nuances and beauty. It is a 48-minute black-and-white docu-feature depicting 50 years of creative excellence. 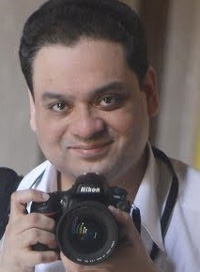 Anirban Mitra’s journey as a photographer started in 2003, in the era of film—a medium in which he has worked for almost a decade. He believes in the purist way of unobtrusive, natural-light photography; in capturing chiaroscuro with a minimalist approach using the fewest possible gadgetry. Black-and-white has always been Anirban’s preferred medium for its seriousness and potential. He specialises in creating detailed visual narratives on aristocratic architectural interiors and private portraiture, in that order. He has photographed 40 stately homes and palaces. His solo exhibitions have been mounted in premier galleries in Calcutta and London, and published in two photo-books. Other books are in the pipeline. Anirban’s work has been included in the permanent collection of many important institutions and galleries. Anirban is highly influenced by the photography of Rt. Hon. Derry Moore, Earl of Drogheda. The National Portrait Gallery, London, has acquired Anirban’s photo-portrait of Derry Moore.

Tirtha Dasgupta has taken up a career in design to create delightful experiences for people around digital interfaces. He has written poems and stories, and translated poetry for online and offline magazines. He has been an active member of a theatre group in Calcutta, his hometown. He has performed as an actor and contributed in other creative capacities within the group.

In 2015, he joined forces with a friend to make a short film, titled The Paper Boy, which was selected for a number of film festivals in India, including the prestigious Dada Saheb Phalke Film Festival and Calcutta International Film Festival. The film won the first prize in the BGHSAA Satyajit Ray Memorial Short Film Festival.