About Husband, Wife, and The Banana 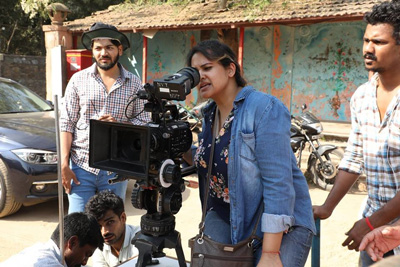 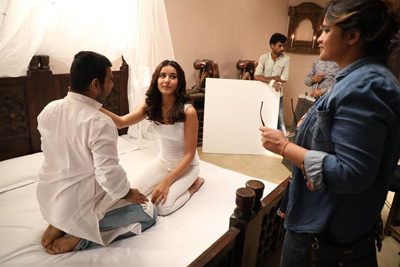 Lokesh is the eldest… bachelor in the village of Dasangaon. The reason behind his delay in marriage? He believes that it is because of his extremely crooked… teeth. However, fixing his teeth would be quite an expensive affair. Lokesh prays for a miracle and Vicky enters his life. Vicky is an Australian entrepreneur who needs assistance in setting up a factory for her latest invention – a 100% biodegradable product. Lokesh hopes that by helping Vicky, he can collect enough money to get his teeth fixed and then get married! Meanwhile, Vicky’s main requirement was getting all of the local banana farmers to cooperate…

Nina is both a director and writer, who spends her time between New York and Mumbai. Her career began when she first interned for film director, Mira Nair (The Namesake) and later went on to work for New Line Cinema. Her recent achievements include directing digital ads for mobile phone Honor 9 Lite, Fresh Voices Screenplay 2017 nomination for Best Drama- Feature (Writer), 14 Transmedia nominations for a feature Gujarati film (Creative Producer), short film- ‘Teri Meri Christmas’ (Co-writer & Director) garnered over 14 million views on YouTube, and her short about terrorism was chosen to screen in select theaters in Mumbai by Kodak. Her next goal is to direct a feature film. Nina’s latest short film, ‘Miyan Biwi aur Banana,’ was completed in April 2018. It has been an official selection at the Accolade Global Film Competition, Women’s Only Entertainment Festival, Asia-Southeast Festival (Audience Favorite), Peekskill Film Festival (winner, Best Cinematography) and screened at Zee Cinemas (Mumbai), Subhash Ghai’s Whistling Woods International Institute and by the Indo-European Independent Council. The film is inspired by a young inventor from MIT, Kristin Kagetsu, who runs the company, Saathi Pads, in Ahmedabad.