About Gandhi vs Justice 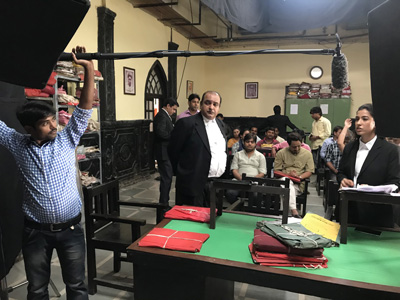 The story, inspired from true life events, is of a middle class man, Professor Narayan Gandhi , whose small house in an old building which stood in an upscale area of Mumbai, has been usurped by a unscrupulous builder. The builder is required to give Prof. an apartment in the newly redeveloped multi-storied building constructed on the land where Professor Gandhi’s old house stood but refuses to give his house, knowing very well that he can manipulate the Judicial system to deprive the Prof. of his rights, just as he as done with other owners. 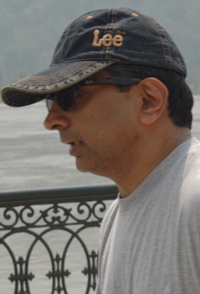 Having started his career as an Asstn Director in Hindi feature film ‘Raja Hindustani’, Pratik went on to work on TV commercials for various clients with Mobius and Palette Ad.Production Houses and Advertising Agencies in Mumbai. Having had his fill of TVC’s he took a sabbatical to rediscover himself and found social issues which plague Indian Society intriguing, one of which he has highlighted and Written and Directed into ‘Gandhi v/s Tareekh Pe Tareekh’ ( Gandhi v/s Justice).