About Bee the Future

Bee The Future’ showcases a spelling bee for disadvantaged children from Bangalore’s poorest schools. The winner of the Bee is granted a college scholarship and a chance for a bright future. The audience holds their breath as they witness the longest and most intense competition in the spelling bee’s history, which will change the life of the winner forever. 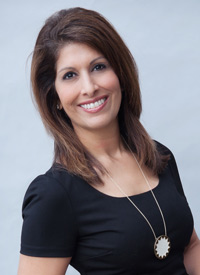 Monika Samtani is president and founder of Ms. Media, an international firm in Washington, D.C. Monika is well known in the Indian American community as a trailblazer for her achievements in the media industry for 25+ years. In the early 1990’s, she was one of the first professional South Asian broadcast journalists in Washington, D.C., ranked the top 7 news market in the United States. In 2010, Monika was recognized at the Mid-Atlantic region’s Television, Internet & Video Association (TIVA) D.C. Peer Awards as one of the best and brightest in the fields of film, video, and the Internet. She was the October 2013 cover feature of Washington FAMILY Magazine, and was honored with Maryland’s 2002 ‘Achievement in Public Information’ Award for her reporting during the 9/11 terrorist attacks and the DC Sniper attacks that paralyzed the community. Monika is a keynote speaker at many events that encourage and inspire women entrepreneurs, and is passionate about underprivileged girl’s education causes around the world. She is excited to make her debut as a film producer and director with her short documentary, ‘Suma’s Story: It’s Her Turn’.