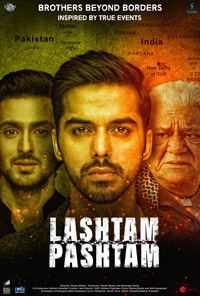 Lashtam Pashtam translates to ‘one way or another’ and is a story about relationships beyond the borders of India and Pakistan. It’s a drama based in Dubai and explores the bond of friendship between two boys – an Indian and a Pakistani – who are doubles partners in Tennis. Sid and Fahd face extenuating circumstances that test the strength of their friendship not just on court but in life as well, as they attempt to win the Nations’ Cup (doubles) tournament. 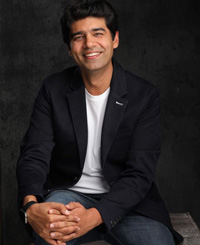 Manav Bhalla (born January 3, 1980) is an Indian Filmmaker. He Directed, co-produced and co-wrote his debut film, Lashtam Pashtam, which was released by Sony Pictures in India. Born in a small town in North India, Bhalla started his career in a restaurant in the South Indian city of Hyderabad in 1999 before moving to General Electric’s call center in the same city. Over the course of the next 2 decades, he went on to work with some of the largest Fortune 500 organizations such as Dell Inc., HSBC, Maersk Line and Ecolab in senior leadership roles. Bhalla made his debut film while working a full-time day job in Dubai and traveling around the world. When he had moved to Dubai, he made friends with Pakistanis and the seed of telling this friendship story to the world. Bhalla feels quite emotional and proud having worked with the legendary Mr. Om Puri on Om ji’s last film and his first. He is currently working with some acclaimed writers on a few scripts and is getting ready to launch his 2nd film very soon.