About The Last Color 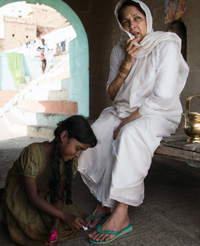 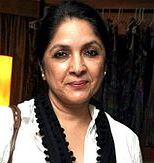 The film is the screen adaptation of Chef Vikas Khanna’s novel The Last Color, which follows the friendship between a young tight-rope walker and a widow named Noor in Vrindavan. The duo yearns to play with colours on the occasion of Holi, but Noor and the other widows are held back by tradition. 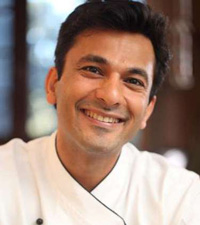 Vikas Khanna is an Indian Chef, restaurateur, cookbook writer, filmmaker and humanitarian. He is one of the judges of Star Plus series MasterChef India. He is based in New York City. Khanna had worked at Salaam Bombay and The Café at the Rubin Museum of Art in New York before he joined Junoon, an upscale Indian restaurant in Flatiron district of Manhattan. Junoon received a favorable review from Sam Sifton in The New York Times in its inaugural year and has been awarded a Michelin star by the Michelin Guide for 6 consecutive years since 2011. He has also worked with some of the most influential and award-winning chefs of the world like Gordon Ramsay, Eric Ripert, Bobby Flay and Jean-Georges Vongerichten.

Khanna has produced a documentary series named Holy Kitchens, which explores the bond between faith and food. The series has been showcased at Harvard, Princeton, Columbia and Oxford Universities and Film Festivals. His documentary “Kitchens of Gratitude” was featured at Marche du Film at the 69th Cannes Film Festival. His directorial debut ‘The Last Color’ is a film about the daily struggles for survival on the streets of the ancient city of Banaras, India. The teaser of the film featuring veteran Indian actress Neena Gupta was released at the 71st Cannes Film Festival.