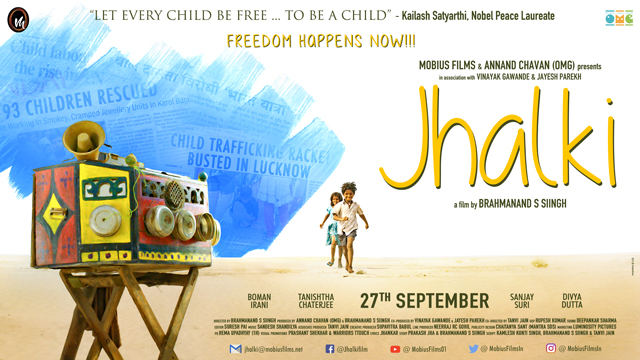 In a twinkle of an eye, a life-altering disappearance of her 7-year old kid brother sets Jhalki off on a mission to find him at all costs. Armed with an intimate folk-tale of a tireless sparrow and her own charming presence of mind, Jhalki embarks on a relentless journey to find and free her brother. Unaware and ignorant of the deep-rooted corruption and cobwebs of the system, Jhalki takes on the monstrous and the conniving with a purity of pursuit that is at once uplifting and inspirational.

Is Jhalki’s journey the start of a spiral that will change the lives of thousands for good? What price must she pay to get what she wants? Inspired by true events, with a backdrop of human-trafficking and child-labour, Jhalki becomes an atypical thriller of hope, courage, self-belief and perseverance in an inhuman world, seen through the eyes of a 9-year-old girl, who will not stop anywhere short of a triumph.

With stunning visuals, breakthrough performances and a beautiful soundtrack, Jhalki is a heartfelt drama of love, adventure and intrigue, which is at once thought-provoking and poetic. 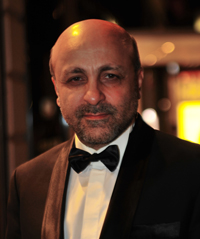 Brahmanand S Siingh is a very unique combination of being an outstanding, multiple award-winning and well recognized filmmaker, a vastly published author and a Life Coach. He has also been nominated for REX-Karmaveer-Chakra Awards, in partnership with the United Nations, for transforming lives through social impact projects and ideas of hope.

He has been vastly recognized for his experiential and inspirational biopics on iconic legends like RD Burman and Jagjit Singh (Pancham Unmixed & Kaagaz Ki Kashti), movies that have acquired a cult status, in addition to social and emotional cause-based films like Jhalki, a story of hope, courage, compassion and self-belief against the backdrop of a story of lost childhood & human trafficking. Many other films like Riding on a Sunbeam, Through our Eyes, Ashgari Bai, Ragpickers, Uncaging the Body and A Burden of Love continue to be popular and loved.

He has been invited to be on the Jury, film and script selection committee of various International Film Festivals and award platforms. He also conducts filmmaking and scriptwriting workshops in film festivals and institutes.