About Clowning With Shakespeare

Rajat Kapoor, an Indian filmmaker & actor collaborates with fellow actors from Bollywood to put up a theatre play that turns Shakespearean stories into a modern tale with an unconventional twist. Rajat’s clowning act of interpreting Shakespearean classics makes for an unbelievably appealing storytelling. The creative exploration of Rajat and his team is discomforting, entertaining, and addictive at the same time. 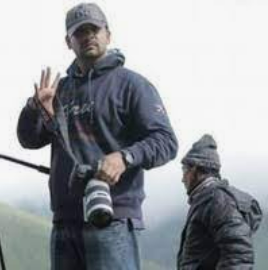 I started working about 10 years ago and like most filmmakers, I started off making short films. Since then, I’ve slowly graduated to full-length features, Documentaries and now Advertising.

I’ve have extensively worked on a television travel series (Off road with Gul Panag – 2 seasons) for Discovery as ‘Director of Photography’ produced by Mahindra, and have ‘Directed’ a bunch of digital ad films for Samsung, SBI, Viacom, Vodafone, Mahindra & Mahindra and other brands.

Currently working as a Creative Director with Times Internet in their vertical Spotlight Brand Labs. I had been directing Ad films and commercial for several brands in various treatment and formats.
Have worked closely with Samsung to execute several digital ad campaign for their products such as Mobile phones, Microwave, Television and Airdresser – their latest product.

My most recent project as a Cinematographer in feature films was FIREBRAND – a feature produced by Priyanka Chopra, streaming on NETFLIX.
Over the years i have shot about 10 feature films in languages such as Hindi, Marathi, Gujarati and Telugu.

I have Directed and Produced a feature length documentary called “Clowning with Shakespeare” , based on a bunch of theatre artist lead by Rajat Kapoor a veteran Film Actor/Director. Currently under post production.

As a director i have also worked on a Mini-Docu-Series (7 Episodes) called “Kashmir Creates” for ‘Project FUEL’,
on Grassroot Innovators in Kashmir Valley.