About NOW AND NEVER

In a visual and sonic love letter to filmmaking, NOW AND NEVER’s ever-changing aspect ratios and color palette help navigate the fractured, claustrophobic mind of Harriet, a woman in the midst of an anxiety attack, as she is visited by the embodiment of the voices in her head. In an effort to outrun their taunting and depression, Harriet digs into her ancestral memory to banish their influence, realizing she must be present in order to awaken to win priority in her own life. Adapted from trans playwright and 2019 O’Neill finalist Natalie Nicole Dressel’s stage play and starring Kavi Ramachandran Ladnier (HBOMAX’s The Sex Lives of College Girls) disappearing into all five roles, the film also reflects cultural elements from the producing team’s ancestral roots such as a lullaby sung in Malayalam and a dance to Carnatic percussion to demonstrate the full apotheosis of Harriet’s mental health healing journey. 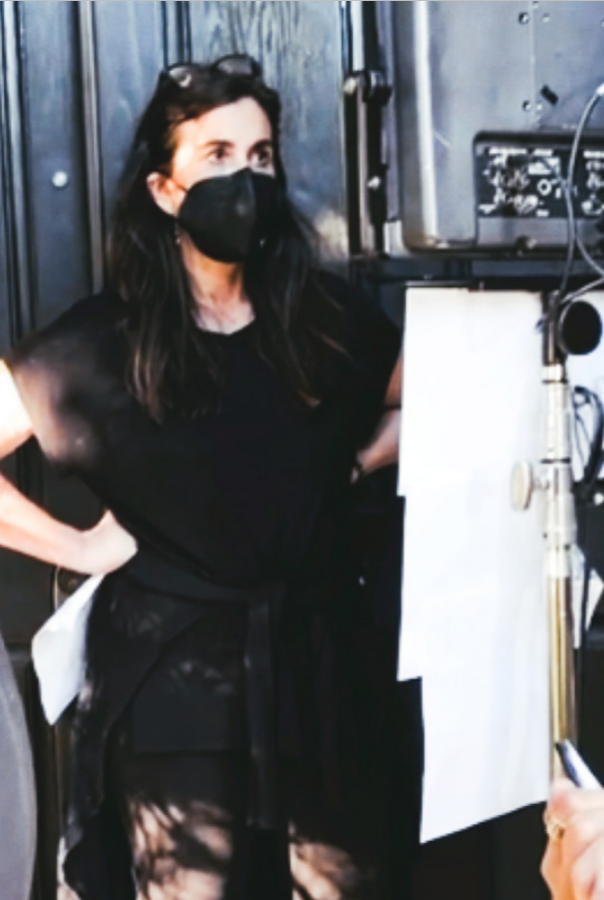 Kymberly Harris is a Director/Writer/Producer and founder of Firsthand Films. She wrote and directed the award-winning shorts Rose’s Turn (2017), that was at Cannes, and FAITH (2018), winner of Best Short at New York City International Film Festival. Her feature film I HEARD SARAH is on a festival tour and won the Robert Rodriguez Best Indie Auteur Award at the Bare Bones International Film Festival (2021).

She has directed several plays in NYC and LA (Rogue Machine, Theatre for the New City, Pacific Resident Theatre). A published and produced playwright, several plays written by Kymberly have been produced in NYC (Cherry Lane, la mamma, Harold Clurman Theatre). Her play FAITH is the only drama published in the anthology, Proofread or Die!, featuring works by colleagues and friends of the late David Foster Wallace. She assisted James Ponsoldt and Jason Segel on the film The End of the Tour. Some acting credits include originating the role of Holly in Eric Simonson’s BANG THE DRUM SLOWLY opposite Tracy Letts, and the workshop of Terrence McNally’s IT’S ONLY A PLAY opposite Thomas Sadoski, Josh Radnor, and Lisa Kudrow.

Kymberly is interested in stories that personally deal with how we are formed by our families and by society, and how that affects our ability to connect to each other. Regardless of the scope or genre of the world of the story, her work is going to examine this thread of human relationship and consider the specific psychology of each character.