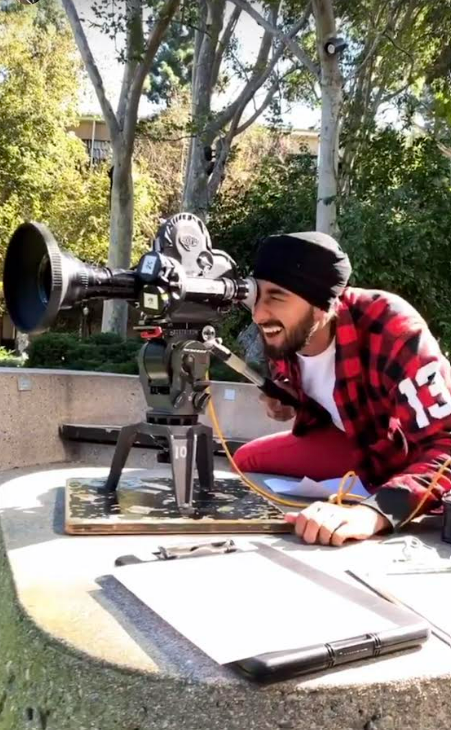 This past summer I was really inspired by character driven films like Joker and Taxi Driver. I have a deep interest in character because of my background in theater and acting. I found that there are not many character driven narratives from POC perspectives. Many of the women I know in the south asian community have been victims of other south asian men. Where our community fails to uplift our women, SIMRAN tells that very story of an Indian girl who deals with the unacceptable incidents that happen to women all too often.

Gurparsad Thind has over five years of cinematic production experience with projects ranging from story driven short films and commercials to long form episodics and documentaries. He got his start in film production through his love and passion for the theatrical arts. After performing in and directing many stage shows in his hometown, he garnered his own niche audience, resulting in a successful YouTube channel. YouTube ignited his love for filmmaking. Thanks to his expertise in production, his professional dance videos went on to acclaim millions of views online bringing international fame to his childhood dance team.

In 2021, Gurparsad Thind became the first Sikh-Punjabi to ever graduate from UCLA’s Film Program in its one hundred year history. Many of his works echo the struggle of first generation Punjabi-Americans. For example, his directorial debut short film “Unfair & Lovely” explores the themes of colorism and whitening within south asian beauty standards with a protagonist who is constantly struggling with her self-image throughout the film. His most recent short film “Simran” follows a young indian girl who must face the aftermath of a sexual assault that occurs at her first high school party.

Gurparsad is now submitting his many directed shorts to film festivals and is already receiving submissions. This year he began running his own production studio, focusing on commercials and product media for tech companies in the Bay Area. In addition, he is now developing original scripts with future plans to produce them in the next two years.