An unemployed graduate faces the dilemma of securing a government job and saving his father after the family meets a medical crisis. 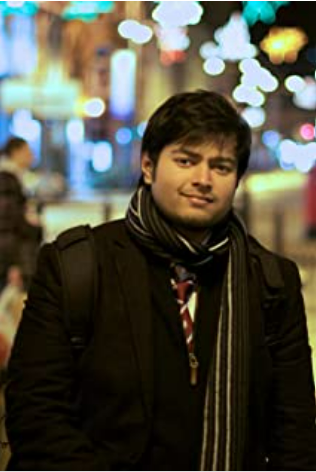 To establish his long time desire to be associated with the creative & media industry he ventured in to television serial and film productions in 2011 following his father Amiya Patnaik’s footsteps. Produced and Directed a Fictional Television Series “Horror Zone” for Tarang Channel. Produced and directed two short films Ichha-A Silent Urge and Smruti – Memories. His dedication and hard work resulted in making Amiya Patnaik Productions a known name in the Odisha television and film industry. He believes that the strength of a successful business lies in its leadership skills and Amiya Patnaik Productions has just the right combination of the energy, determination, dedication & enthusiasm to achieve zenith. He has produced a Biopic on eminent social activist ‘Padmashri’ Tulasi Munda, which won accolades at various film festivals across the globe. It is the first ever biopic made in Odisha, and is one of its kind. After producing Tulasi Apa, Anupam started the digital wing of Amiya Patnaik Productions known as TechnoArt Productionz, which deals with production of digital content such as short films, web series, corporate films, ad films and documentaries. This was started by producing Panic Shorts, Odisha’s 1st Horror Web Series, followed by Saheb Biwi Sala, Odisha’s most viewed web series and many more. Recently, Anupam directed his 1st feature film – Pratikshya, based on a short story by Gourahari Das.