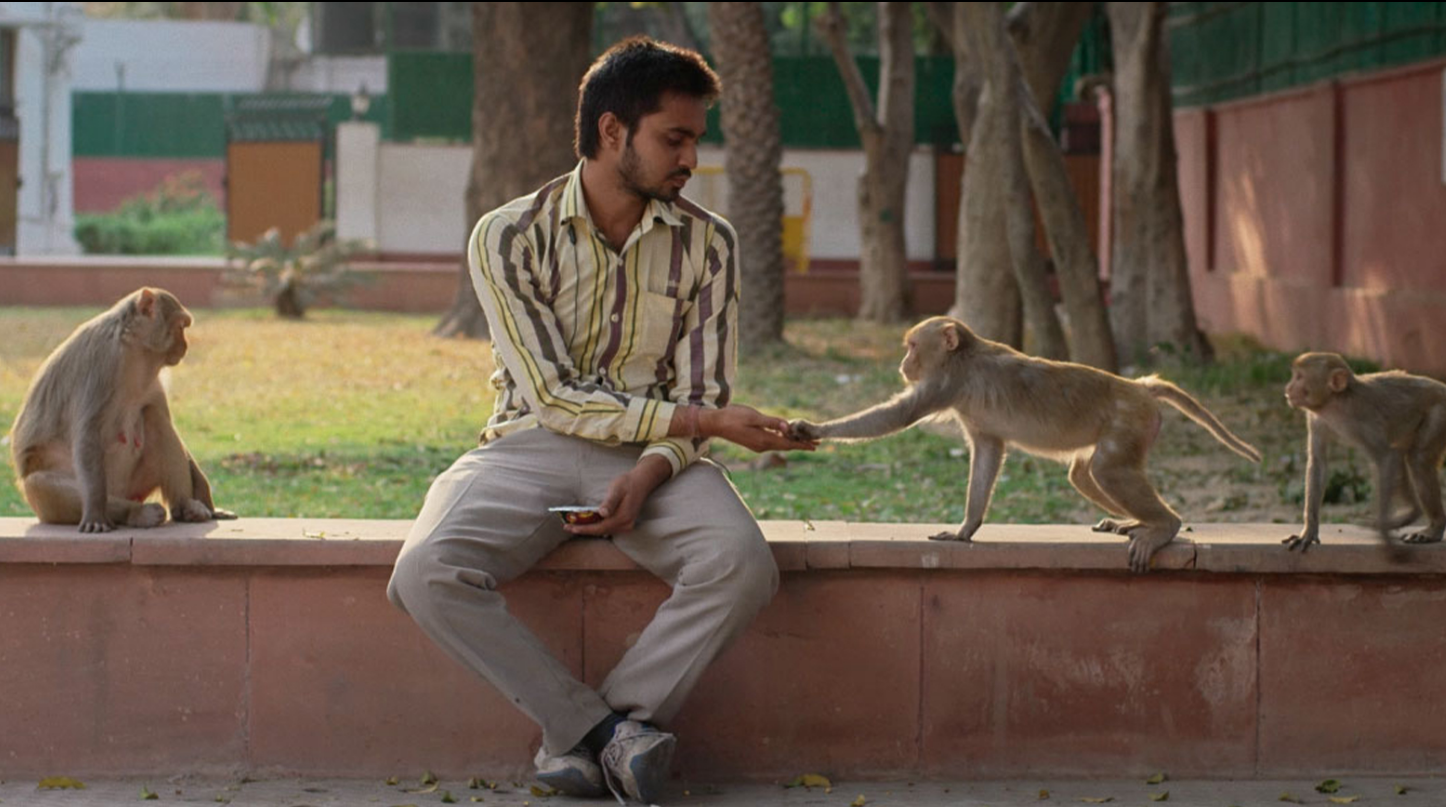 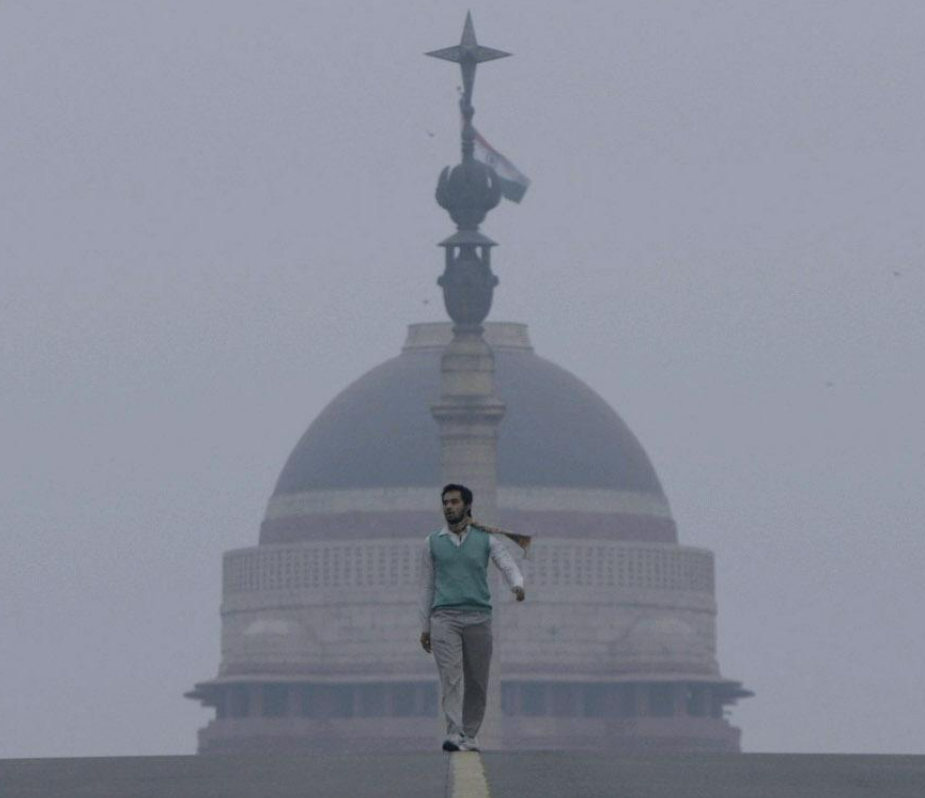 Anjani hails from a migrant family originally from Bihar and lives with his pregnant sister and brother-in-law on the outskirts of Delhi. He has just joined the capital’s monkey repeller squad. He is stationed outside government buildings in New Delhi – to drive away the monkeys so that the government officers can work undisturbed. However he can’t harm the monkeys, which are associated with the god Hanuman. He is not comfortable in his new role, and is humiliated when a group of contractual workers lock him inside a cage, being set up to trap monkeys. His brother-in-law works as a security guard. The pay is modest, and a possible increment of Rs 1,500 a month means a lot for the family. But that comes with a catch, for he’ll have to own a gun for his work – a condition that distresses his wife.

As the film progresses, Anjani realizes he is not capable of making the sounds as effectively as this colleague Mahender (who serves as his mentor in this job) to keep the monkeys away as desired. To cover up for his ineffectiveness, he uses a slingshot to injure a monkey and another time he dresses up as a langur to scare off the monkeys, both of which are deemed illegal. While the first of these misdeeds almost makes him lose the job, the other provokes the contractor to fire him. Anjani then starts navigating the city, asking people for jobs; hanging placards and listing his name and phone number on cars and in front of houses. Falling in love with a woman who lives nearby, they explore a softer side of the city in this otherwise bleak and uninspiring environment. Mahender provides some comfort by letting Anjani work with him, but Anjani then learns that Mahender has been lynched and killed by an angry mob after he accidentally kills one of the monkeys. The film ends with Anjani joining a religious Hindu procession and explores the moments of mischief and curiosity, of despair and desperation which shows the tragedy of migrant workers who are ostracized and expected to work as machines, with their existence remaining unacknowledged in this vast human civilization. 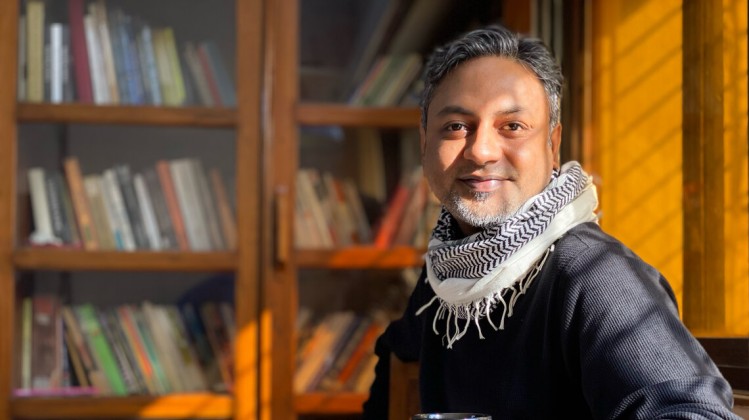 Prateek Vats is an independent filmmaker based in Mumbai. A graduate of the Film Direction course of the Film and Television Institute of India, he has directed both fiction and factual films, which have been showcased at various film festivals and non-formal spaces.

Prateek’s debut feature was the documentary A Very Old Man with Enormous Wings (2017). Borrowing its name from a Gabriel Garcia Marquez short story, the film was awarded the Special Jury Award at India’s National Film Awards in 2018. His first fiction feature, Eeb Allay Ooo! (2020), was showcased at film festivals across the world, including as part of the Panorama Selection of the Berlin International Film Festival, before being theatrically released in India in December 2020. The film won various awards, including the Critics’ Award at the Filmfare Awards 2021 and Best Film and Best Director at the India Critics’ Choice Awards 2021. The film is currently available to view on Netflix and has also been broadcast in the UK by Channel 4.

In addition to making his own films, Prateek has been lecturing at various academic institutions and workshops. He has also been involved with film collectives such as Ektara Collective in Madhya Pradesh and Collective Phase One in Kerala.