About First and Last An Indian American woman and an African-American man, who were once deeply in love, run into each other by chance, years after their break-up. As the two reminisce and ask each other questions that have been brewing for years, they are forced to confront some painful truths. This story looks at the first day these characters meet at a vibrant Holi Festival and the last night they see each other while examining the unacknowledged racism within the young South Asian-American community against African-Americans. 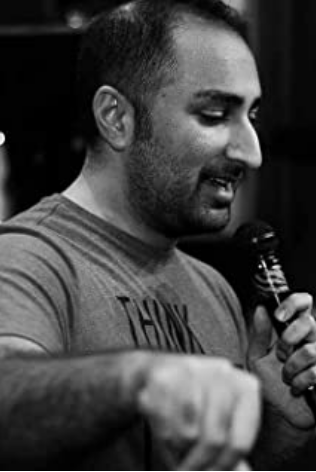 A civil rights lawyer by day and a stand up comedian and filmmaker by night, Badar was born and raised in a Pakistani-Muslim family in North Dakota.

As a filmmaker, Badar has made several short films including, the award-winning, First and Last. This film is a bittersweet love story about the first day a couple meets and the last day they see each other; the story looks at racism against black Americans in the Indian/Pakistani community. Badar has made other films including the horror film, Breathe.