In the wake of the Birmingham protests against LGBTIQ+ relationship education in primary schools, director Blaise Singh and his Rainbow Films team follow various queer people of colour as they challenge homophobia and racism in their communities. They speak out against internalised shame and lack of representation, and we follow them trying to figure out their place in the world in the build up to UK Black Pride.

Cast: Blaise Singh- Self Lady Phyll- Self Ryan Lanji- Self Josh Rivers- Self Aaron Carty- Self 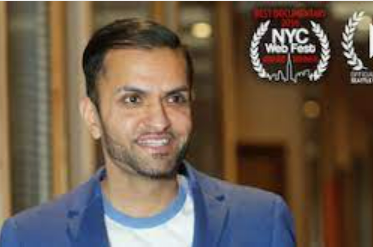 Blaise Singh is the founder of Make A Difference Entertainment (MADE) – a charity dedicated to producing film, video and TV productions that promote equality and diversity. He is also a project manager and producer for Rainbow Films which is a documentary film-making project for queer people of colour (QPOC).

Blaise Singh is a social entrepreneur, film-maker and charity project manager who works with BAME / LGBTQ+ and young people from deprived areas in London to develop skills and experience to increase their career readiness and provide them with a safe space and platform to make their voices heard. He is passionate about creating opportunities for underrepresented talent to flourish and the work he produces at MADE aims to contribute to reducing prejudice and discrimination about community members. In the last 5 years Blaise Singh secured over £200,000 funding combined through National Lottery, Heritage Lottery, People’s Health Trust, Trust For London and John Lyons Charity. This allowed him to support over 500 participants through 10 creative programmes to become community film-makers and reporters, get work in the creative industries, become self employed or go on to further education or training.

Blaise Singh believes in the power of film-making for social change and has worked as a teacher at Key Stage 5 at Global Academy, facilitated workshops at MADE, The School for Social Entrepreneurs, Riana Development Network and Rifco Arts as well as hosted film screening events ‘Scene’ and ‘Southall on Film’ in partnership with BFI Future Film.

Blaise Singh has worked in collaboration with community members to create documentary and short film content distributed on Amazon Prime, screened at BFI Southbank and used as a learning aid in schools and colleges in London. His debut feature film ‘Pride & Protest’ made with participants from the ‘Rainbow Films’ project he managed is about the experiences of queer people of colour (QPOC) in England. The film highlights the work of activists and changemakers committed to providing safe spaces, raising awareness and hosting events. Blaise features as one of the main cast members in the documentary which details his involvement in the Rainbow Films project and the contains footage he shot that was used by West Midlands Police to help stop months of anti-LGBTQ+ relationship education protests outside Anderton Park Primary School. The 90 min documentary was an official selection for BFI Flare Flare 2020 – (Europe’s largest LGBTQI+ film festival), plus a semi-finalist for ShanghaiPRIDE and a finalist for First Time Filmmaker sessions at Pinewood Studios.

He also produced, directed and edited an entertainment programme for Brit Asia TV called ‘Make Me A Brit Asia Superstar’ which interviewed contestants, hosts and audience members for the UK’s first Desi singing talent show. He went on to work with the winner to produce their debut music video. Blaise also produced a pilot for the UK’s first Brit Asian drama series called ‘Bad Karma’ which was optioned by Carbon Media in 2010. Previously he ran UBTV an video channel where he produced, directed and edited web series ‘Freshie Prince’, ‘Can’t Stop Acting’, ‘Channel Hopper’ and ‘The S State’.

In October 2019, Blaise Singh was invited as a panelist for ‘Profit with Purpose’ – a Q&A and networking event produced by Expert Impact held at the British Library.

Blaise Singh had also worked as a South Asian gay club night promoter for ‘Urban Desi’ which he started in 2007 and ‘Spice’ held on Saturdays in Vauxhall. In their prime they attracted over 300 visitors. The theme themed events featured speed dating, performances from Desi artists, talent contests and dance offs.

Blaise Singh was nominated for two National Diversity Awards in 2016 – Entrepreneur of Excellence and Positive Role Model. He is also a qualified coach through The Ministry of Entrepreneurship Foundation and is an alumni of The School for Social Entrepreneurs.