Sam and Oliver are a gay couple who travel all the way from the United States to India to adopt Chintu The little boy is infected with HIV and lives in an orphanage. However, there are bumps on the road as India’s adoption rules do not favour same sex couples, which acts as a deterrent to complicate the situation. Will Sam and Oliver be able to overcome the obstacles they face? And will Chintu be saved and get a loving home to experience the bliss of parental love? 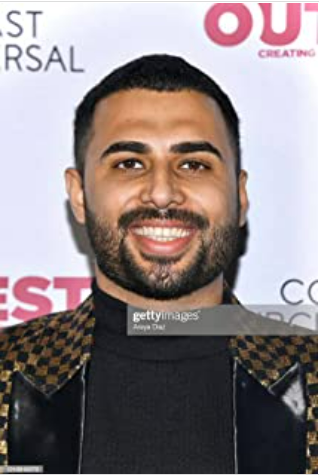 Tushar Tyagi is an Indian born and raised filmmaker. He holds a degree in Computer Engineering from College of Engineering Roorkee in India and a degree in Directing and Filmmaking from New York Film Academy. From a very early age, he realized he wanted to tell stories, and show life as art and art as life. ” I want to let the world experience how it is like to be inside my mind, where breath taking things are being created every passing second”. He decided to be a film maker to transform his imagination to the big screen”. The world inside him “is way bigger and better than the world I live in.

Tushar currently finished post-production in New York City on “Gulabee”. It tells the story of a young woman coping with unprecedented life choices as a prostitute, in which her will and courage are challenged in pursuit to escape her past. The film will be in the festival circuit beginning in January 2014, and will be released in local theaters shortly thereafter.