About Your Hands in my Hair

Nitin’s childhood friendship blossoms into his first crush during the breezy after school hours in Fort Green Park. When Samantha confirms her family is moving to Orlando, Nitin takes drastic measures to win her attention. Through this journey, his mother, Riya, is left having to deal with a heartbroken boy. 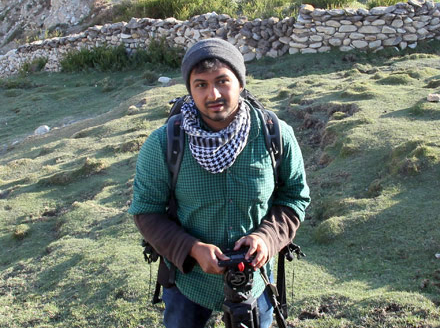 Amitabh Joshi is a director and cinematographer. As an MFA candidate he was nominated for a Student Academy Award in 2012 for his film Wonder Welders. Amitabh was awarded the Princess Grace JustFilms Grant in 2012, The Shelley and Donald Rubin Foundation grant in 2013, and Center for Asian American Media Documentary Fund in 2014.

Tashi’s Turbine, his first feature length documentary film, has been screened at festivals world wide, premiered on PBS’s The WORLD Channel, and is available for educational distribution through Documentary Educational Resources (DER). Amitabh has worked as a cinematographer for Art21 and numerous documentaries across the globe. In 2016 Amitabh Joshi was accepted into Lincoln Center Film Society’s Artist Academy at the 2016 New York Film Festival where he received mentorship and was recognized for his work in the field thus far. Amitabh served as co-producer and co-cinematographer on the documentary feature A Little Wisdom which had its US Premiere at The SxSW film festival in 2018.