Eleven months of office work earns Dada his annual month of bliss in Darjeeling where he dedicates himself to designing the perfect crossword. After 22 years of this routine, Dada meets his match in a young man, a local tattoo designer who sees Dada working and interrupts him. But friend or foe, who is this boy? The Universe is knocking and Dada has to decide if he will let him in or not. 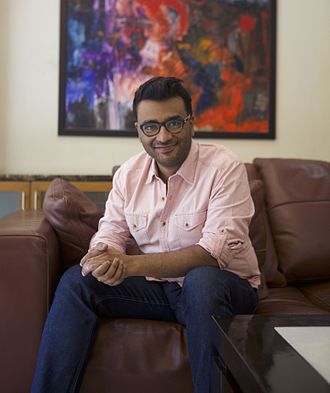 Sudhanshu Saria is an Indian filmmaker. Born in the tea estates of Darjeeling, India, he attended The Doon School and graduated from Ithaca College in New York, with a degree in Bachelor of Fine Arts in Film and Photography. He made his directorial debut with the 2015 romantic drama Loev. Saria won a National Film Award for directing the short film Knock, Knock, Knock.