About Girl on the Bridge

A man discovers a suicide letter and sets out to find the person who wrote it before it is too late. What he encounters is more than he bargained for. 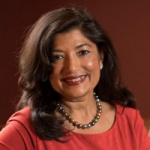