About The Coffin Maker

A poignant story of a carpenter turned coffin maker, Anton Gomes and his dysfunctional family. Isabella his wife and Joseph his son, just about cope with daily life till Anton has an unexpected visit from a mysterious man who teaches him the meaning of life! 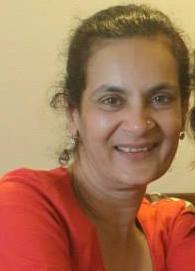 Veena Bakshi started her career as an assistant to renowned ad filmmakers Prahlad Kakkar, Mansoor Khan and Dilip Ghosh. She moved on to open up her own ad film production house where she made over 300 adfilms as both producer and director. In 2003 she decided to take a gigantic leap into feature films. The Coffin Maker is her first feature film. Veena has briefly worked in television, directing two telefilms “Aslam” and “ Na na karte”. She also teaches film technique at various institutes around India. Veena is currently working on a Marathi feature film, directing a play and completing a short film.