Veteran acting legend Naseeruddin Shah and rising star Kalki Koechlin (MARGARITA WITH A STRAW) are the charismatic stars of director Anu Menon’s drama WAITING, playing two strangers who meet in a hospital, where their respective partners lie in a coma. Their meeting sees them start to re-examine what they want to do with their lives as they deal with their grief and sadness. But while it might sound gloomy, the film is punctuated with moments of warmth and humor as they each bond with each other and learn to deal with loss. 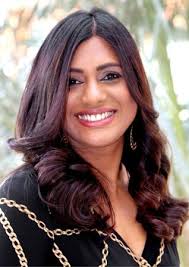 After a decade in advertising in India and Singapore, Anu Menon decided to pursue filmmaking. She graduated from the London Film School with an MA in Filmmaking and a rare distinction. Her short films RAVI GOES TO SCHOOL, FOCK HELEN and HARRY AND BABY have screened at various festivals including at Tribeca and Edinburgh. Her debut feature was LONDON PARIS NEW YORK (2012).