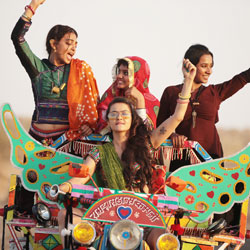 ‘Parched’ is a story about women set in the heart of parched rural landscape of Rajasthan, India. It traces the bittersweet tale of four ordinary women Rani, Lajjo, Bijli and Janaki. We see them unapologetically talk about men, sex and life as they struggle with their individual boundaries to face their demons and stage their own personal wars. 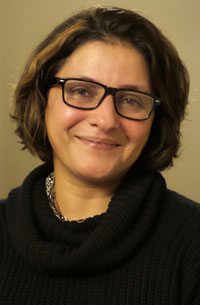 Leena Yadav is an Indian filmmaker. Her first international feature film, Parched, premiered at Toronto International Film Festival in 2015. Born to an Indian Army General in Madhya Pradesh, she graduated with Economics honors from Lady Shri Ram College for Women, Delhi. She did Mass Communications from Sophia College, Mumbai. As a mainstream film director, Shabd was her directorial debut with unconventional storyline released in 2005. Teen Patti was her second film after a gap of five years. Parched is the next movie directed by her starring Tannishtha Chatterjee, Radhika Apte, Surveen Chawla and Adil Hussain playing lead roles.