The Film is set in pre-independence Bengal. The story opens with a kid entire an old seemingly uninhabited old house in search of a ball and suddenly encountering an old woman who lives herself by all alone . On is that so? The woman and the boy gets into a story telling mode; and as the old matronly woman weaves, a partly fantasy, partly real narration, the film moves towards a terrifying consequence. 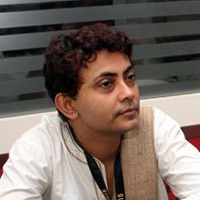 Som ( Somnath Chakraborty ) is a young Bengali film director whose work has met with considerable critical acclaim in recent years, both in his native India and abroad. Som was born and raised in Howrah, West Bengal. He attend high school at Sri Ramkrishna Sikshalaya, and studied commerce at Kolkata University. His father was a teacher.