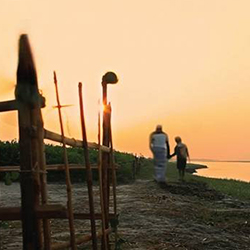 Oggatonama (the unnamed) is a film about local Life, Love and Hope while portraying a strong message of global Humanity. Despite our race, culture, religion and language – the only spirit makes us human is our sense of global HUMANITY. Humanity is still the key driver for the existence of human civilization. Humanity is the foundation built on the ‘ingredients’ of life, love and hope. Humanity is the spirit that ties us together as families, friends and fellows. The central character, a poor farmer from a remote Bangladeshi village facing challenges at every steps of this storyline, sometime from the bureaucracy, sometime from his peers and finally from the traditional mindset after receiving the dead body of an ‘Oggatonama’ – the unnamed. 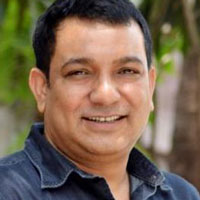 Tauquir Ahmed, an architect and actor, turned director in both television and cinema. He has made three feature films. Present occupation is film making, screen writing and acting. He completed film diploma from New York Film Academy, 2002. He had training in Theatre Direction from Royal Court Theatre, London (British Council Scholarship, 1995) and Acting (Stage) from ITI training, University of Theatre of Nations, 1989. He started his career as a lead-actor in romantic role in early 1980s. Many of his dramas broadcast on BTV at that time. Tauquir came out as a Movie-Director by making- Joyjatra, Rupkothar Golpo, Daruchini Dwip.