A North Indian couple, in their early 60s, at their mountain retreat. Their son has just gotten married, a reception has ended and all the guests have left. She chooses this moment to tell her husband that she is leaving. What follows is an endless day: the avalanche of this long-gathering decision and what it means to a decades-long relationship. Fragments of conversations, silence and chaos, as nostalgia mingles with menace and tenderness with cruelty. What will they succeed in rescuing against the landslide of memory and emotion? 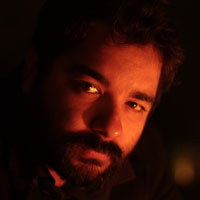 Pushan Kripalani is a cinematographer and a theatre director. He graduated with a degree in English Literature and earned his Master’s in Film and TV Production from the University of Bristol, with a specialization in Cinematography. He has worked on over thirty productions for the stage and for the radio, in capacities ranging from director to actor to designer, musician and producer. He is a founder member of the industrial theatre co. As cinematographer, he has filmed several features, as well as ads, documentaries and shorts, working with Shyam Benegal, Ram Madhvani and Zafar Hai, amongst others, as well as for National Geographic, Discovery and the BBC. He has directed two documentary shorts. He lives and works in Mumbai, India. The Threshold is his first feature film as director and won both the Best Actor and Best Actress awards at the 2016 New York Indian Film Festival.