This film is based on a true incident in 1999, about a mothers deepest emotion to hold back her tears and put up an optimistic front, to save her son from enduring from any more pain. 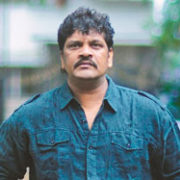 Wilson Louis is a M.Sc. post-graduate in Mass Communication, from E.M.R.C. Pune University, with a specialization in direction in the faculty of Film and TV. Wilson Louis cast his magic in the film fraternity when his short film titled “6 x 4 – the space” (A story of a lift man) was highly acclaimed for its unique concept and also technique of shooting on DV format and transferring it to the 35mm format. It won the ‘Best short film’ award at the International Seagate Awards for technical brilliance, in the year 2004.