A ‘brown’ man with a beard finds himself caught in a dilemma when two men show up at his house looking for answers.  Stereotype, victim, or perpetrator? ‘The Visit’ is an upside-down look at present day racial realities. 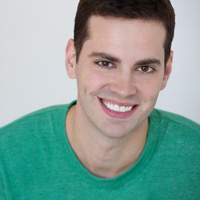 Shane Andries was born and raised in Houston, TX. He has a BFA in Acting from UNC School of The Arts and he lives in NYC. He loves to collaborate with other artists to tell wonderful, honest & compelling stories. “The Visit” is his second directorial venture. His first short film was “Whatever Sunlight Remains”. Also a talented screenwriter, Shane was the winner of the 2015 Slamdance Screenplay Competition (Grand Prize and Best Feature) for his screenplay “The Delegation”.