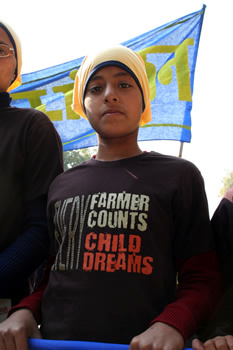 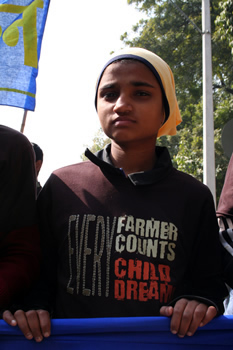 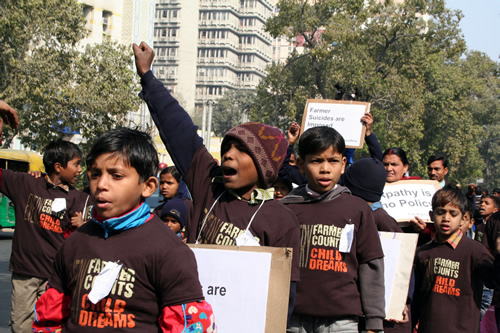 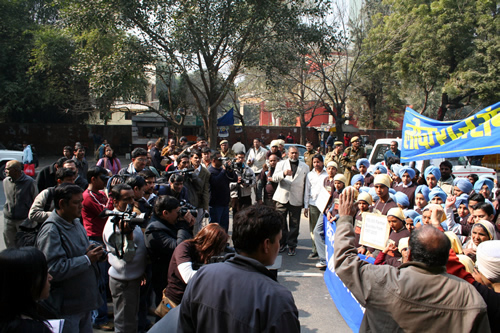 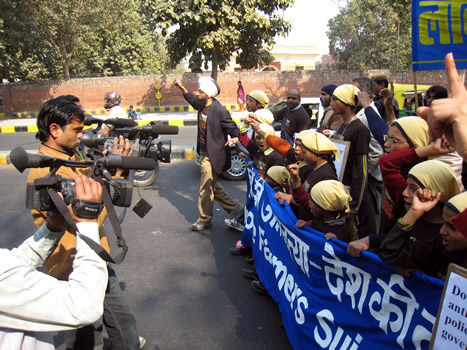 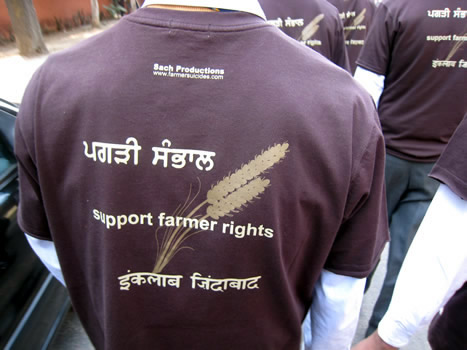 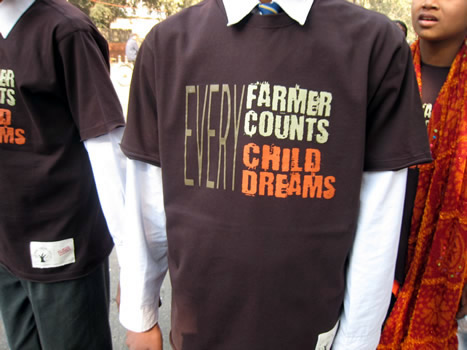 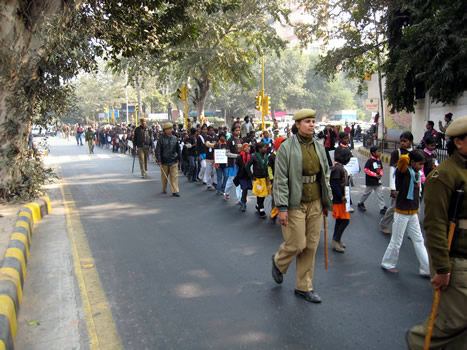 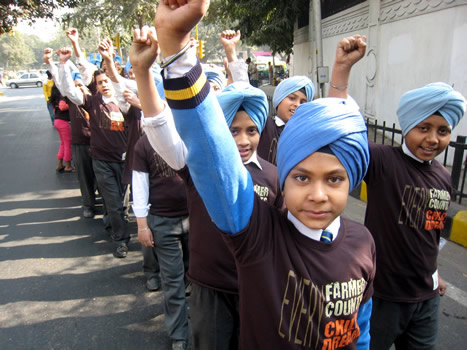 The remarkable journey of filmmaker Harpreet Kaur, who travels from the rural villages of Punjab to the capital of India with children of farmers, who’ve committed suicide. She confronts the government’s highest officials with the hope that they will understand the effects of their policies and avail the opportunity to help these children. 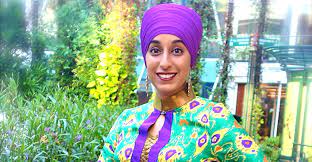 As a filmmaker, Harpreet Kaur has touched the lives of the individuals in her documentaries and has captured audiences with her ability to effectively, creatively and honestly tell stories that convey a strong sense of the people and places she covers.

Her most recent work, A Little Revolution – A Story of Suicides and Dreams takes the viewers from the picturesque countryside of rural Panjab in India, into the homes of children of farmers, who’ve committed suicide. The children in these families have accepted their fate but aspire for an opportunity for a better future. Kaur, gives them the chance to share their stories with the world and confront the Government with their personal letters that offer a raw, humanistic and honest portrait of what the impact of their parents suicides have had in their lives.

The Widow Colony – India’s Unsettled Settlement is Kaur’s award winning debut feature documentary. The film takes an in-depth look into the lives of the widows of the Sikh men who were killed in the anti-Sikh massacre of November 1984. It explores the suffering of these women, their battle for justice and their struggle for survival in India. The Widow Colony is Kaur’s most poignant work that has been recognized and endorsed by various Human Rights, Civil rights and social welfare organization all over the world. It was the first Sikh film to be shown at the United Kingdom’s Parliament in its efforts to unveil the injustice that the world’s largest democracy continues to inflict on the citizens of it’s country.

Harpreet’s success didn’t just start with her debut feature film but she was the first Sikh local News Reporter in the metro Washington DC area. A graduate of Pennsylvania State University, Harpreet hopes that through her organization, Sach Productions, she can become the voice for the voiceless and forgotten. Kaur’s personal pursuit is to continue to create films on pressing issues that bring minority issues into the mainstream media.