About Memories in March

Delhi-based Arati Mishra believed her worst day was when she was divorced from her U.S.-based husband, Suresh, until she got the news that her Kolkata-based son, Siddhartha, had been killed in a traffic accident. She travels to Kolkata; is received at the airport by her son’s co-worker, Sahana Choudhury, and accompanies her to the crematorium. After the cremation, she is then taken to the guest-house where her son used to live, and told that Siddhartha had been at a party, had not only consumed considerable alcohol but had also insisted on driving, and met with a fatal accident. The next day, she accompanies Sahana to her son’s place of employment where she meets some of the staff and signs some documents, but ends up distressed when she is not permitted to take her son’s belongings. Quite upset, blaming the office workers’ for letting her son drive under the influence, she does not realize that she will be in for more shocks and surprises when she will find that her son had a secret life. Later she accuses Ornub of seducing her son into this but realizes her son’s love for him. 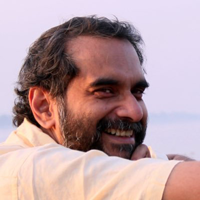 Sanjoy Nag, born and raised in Kolkata, started out with documentaries before branching out to feature films. His debut feature ‘MEMORIES IN MARCH’,(with Deepti Naval, Raima Sen & Rituparno Ghosh) won the National Award for the Best English film 2010 and was also a part of the Indian Panorama at IFFI, Goa 2011. He was associate director for Rituporno Ghosh’s award winning film Chitrangada and Anjan Dutt’s film Badadin. He is presently busy completing his English / Hindi feature “GOOD MORNING SUNSHINE’ based on his own Story / Script and starring Revathy, Rituparna Sengupta, Shweta Tripathi, Tejaswini Kolhapure & Shabana Azmi.