The film is a biographical account of Sindhutai Sapkal, a woman who became a social activist after a traumatic life. Born in a poor, cattle grazing family in Wardha as Chindi (Ragamuffin), Sindhutai was first married off at the age of 10 to a man who was 20 years elder to her and then abandoned by her husband on charges of infidelity.

Traveling through the backwaters of Maharashtra, the Braveheart never abandoned hope and courage and ended up in San Jose on a fund-raising mission for her orphanage which still provides shelter to homeless kids. 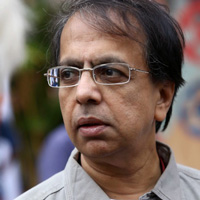