Rudra Chatterjee has spent his life going against social convention. As a young man he defied his father’s wishes, and became a choreographer instead of an engineer. As he prepares with his team to stage Tagore’s Chitrangada, he meets Partho, Jisshu Sengupta who is a drug-addict percussionist introduced to the team by the main dancer Kasturi Raima Sen. Soon, Rudra develops a chemistry with Partho and they are deep into a passionate love affair. During the course of their relationship, they decide to adopt a child. But there is one problem: same-sex couples are not permitted to adopt children. So Rudra decides to go through a gender change treatment to embrace the womanhood he longs for. But will this surgery change his life and fulfill all his long-cherished dreams? The story ends with the line ‘Be What You Wish To Be’. The movie comes out with the message that it’s your wish to choose your gender. The movie was a great success with the first class acting of Rituparno Ghosh and other casting crew. The movie exhibits the struggles and day-to-day life of a gay choreographer and his father and mother. It becomes an inspiration to a million for the acceptance of all people in the society and it also becomes an inspiration to the people who can relate themselves with Rudra. Hence the tagline of the film ‘The Crowning Wish’ is justified with this message. It is a must watch specially for the adult and young adults. 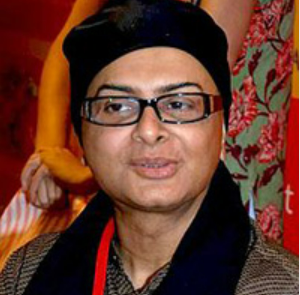 Rituparno Ghosh (31 August 1963 – 30 May 2013) was an Indian film director, actor, writer and lyricist. After pursuing a degree in economics he started his career as a creative artist at an advertising agency. In 1992, his debut film Hirer Angti released. In 1994 his next film Unishe April released which won National Film Award for Best Feature Film.