A 13 minute film exploring two stories set inside a cafe in Kolkata, India. It follows the conversations of an elderly couple who have met by chance after a long interval, and a younger couple who are meeting for the last tie on another table nearby. This is a story depicting the youthful, impulsive side of unfulfilled love as well as the maturity of ageless affection, which are explored simultaneously in one night at a cafe. 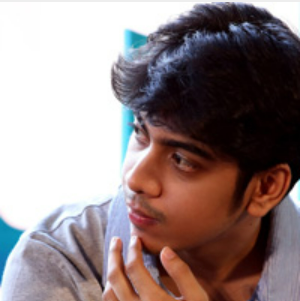 A 23 years old Indian director and screenwriter by profession. He has written and directed a number of short films. His short documentary film ‘Goonj – The Empty Call’ was officially selected for several festivals and has gathered a lot of appreciation and award. He has previously worked with Vishal Bhardwaj Pictures Pvt. Ltd. in the feature film direction team. He is currently co-writing two Indian feature length screenplays and distributing his latest short film, Int. Cafe – Night.