Lakshmi, a 14-year old girl is kidnapped and sold into prostitution. Thrown into this horrific, inhuman world where she is raped and brutally beaten she struggles to survive with the help of the other girls and her own will to never give in. Director Nagesh Kukunoor was inspired to make the film after visiting some NGO’s in India, where he met victims of human trafficking.

*Not suitable for age 18 and under 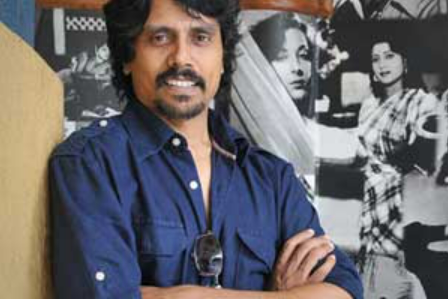 An Indian film director and screenwriter known for films such as Hyderabad Blues (1998), Rockford (1999), Iqbal (2005) and Lakshmi (2014). In 2003, he directed 3 Deewarein which was showcased at the Indian panorama section of the 2003 International Film Festival of India. The film also premiered at the Kolkata Film Festival, the Indian Film Festival of Los Angeles and the Commonwealth Festival at Manchester, where it was nominated as one of the top five films. In 2006, he garnered the National Award for Best Film on Social Issues for Iqbal.